Bournemouth 0-2 Crystal Palace: the cherries could not contain the pressure from the Palace team.

Crystal Palace returns to Premier League with a resounding 2-0 victory against Bournemouth. Luka Milivojevic’s flawless free-kick coupled with Jordan Ajew’s ninth goal of the season has given the Eagles a 2-0 victory at the isolated Vitality Stadium.

How Bournemouth and Palace lined up

Palace is ninth in the table, just four points behind Manchester United, thanks to their fourth consecutive league victory this season. Bournemouth on the other hand, with just eight points from their last 13 games, has been relegated to the bottom three on goal difference.

Palace’s brilliant position remained secured against the barely registered attack from Bournemouth,  who could only boast of a single shot on target all through 90 minutes of the game. 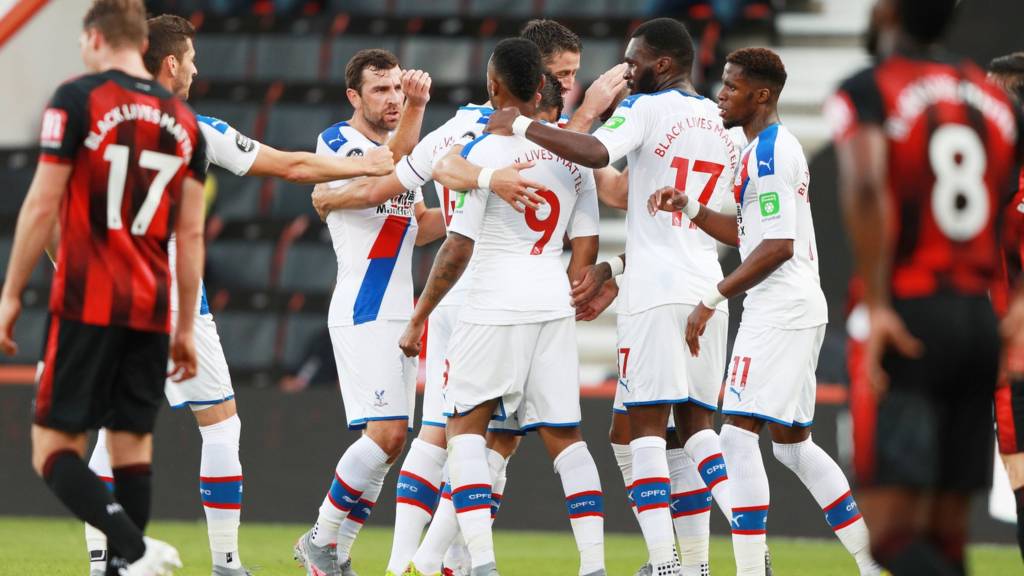 Man of the Match: Luka Milivojevic.

Roy Hodgson, Crystal Palace manager, is clearly ecstatic about the victory, as they won 2-0 against Bournemouth. This is the fourth consecutive victory that the team would be winning this season.

Meanwhile, Bournemouth’s manager Eddie Howe has expressed his disgust at the downward spiral of his team’s position since the premier league season began. “It was a disappointing game and a disappointing start….the start was what finished us,” he said concerning the conceding win to Crystal Palace.