David de Gea has been under pressure after a series of mistakes at the post this season, and this shows up again this Sunday with his poor attempts to keep out shots from Olivier Giroud (45+11) and Mason Mount (46) either side of half-time.

Chelsea got their third goal of the game when Maguire (74) diverted a cross past De Gea at his near post. Bruno Fernandes (85) was the man to take the spot-kick as he converted Manchester United’s 19th penalty of the season, it was just a consolation goal for United as the Chelsea who had lost their three previous matches with United this season are already into the final, to be played on August 1. 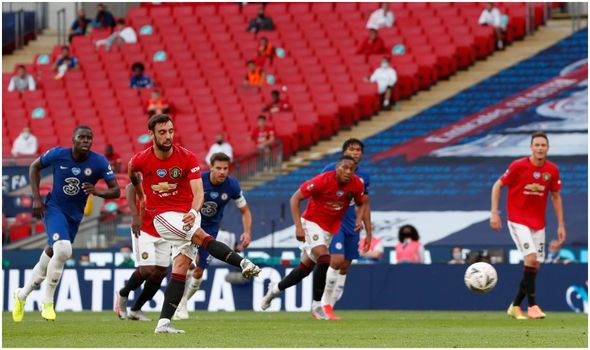 Man of the match: Olivier Giroud